When it comes to picking a betting site, you’re going to want to make sure it has the products and features that you want. Whilst the bulk of the sites we list offer both sports and casino betting, there are also other products that you might be interested in as well – including betting exchanges, bingo, poker and even fixed odds lottery betting.

Why Do Gambling Groups Exist? 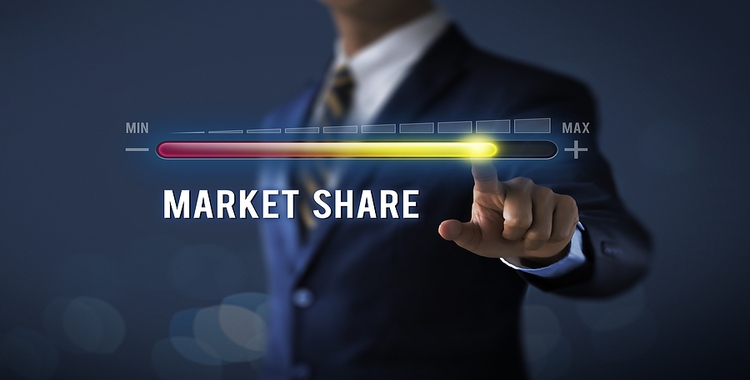 If you’re familiar with the online betting sector, then you will be aware that there are now hundreds of bookmakers to choose from. There have never been more brands and more bets to place.

The market is one that is growing at a rapid pace as well. In 2011 the Gross Gambling Yield (amount retained by gambling operators after payment of winnings but before costs) was £8.4. Billion. The latest figures to come to fruition state that the market is now worth a staggering £14.4 Billion, almost doubling in a little under 10 years.

Whilst this is all common knowledge, what you might not know is the betting site that you are currently playing could be a brand which is part of a group. What you will find is that several companies own many of the betting brands that you’ve possibly played on for years but been unaware about who they are owned by.

For example, Paddy Power, Betfair, Sky Bet and PokerStars are all owned by Flutter Entertainment. They are brands in their own right, but the business group owns them all. 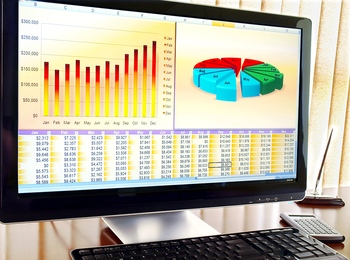 There are several reasons as to why this might occur but for the most part, it’s down to saturation of the market. You see, with hundreds of bookmakers all fighting for a piece of the pie, it dilutes the number of players and then, in turn, the amount of money up for grabs

Realistically, even though there are hundreds of bookmakers, most will be part of a gambling group so instead of each of these going head to head as separate entities, they are a combined force. As an example, if we said there were 100 bookmakers owned by 10 groups with 10 brands in each group, you’ve gone from huge competition with the 100 brands battling it out, to just 10 groups all using their brands to claim their stake.

This is actually an extremely common business template that all industries can relate to. For example, here is a (small) list of companies that Google own, but you’d be forgiven with each of these to think they were standalone brands:

The gambling industry works in a similar way as any other large-scale business. The mergers consolidate the risk for the groups, let them share resources and technology, and also allow the smaller gambling companies to get a cash injection and improve as part of the group.

Why Are There So Many Changes? 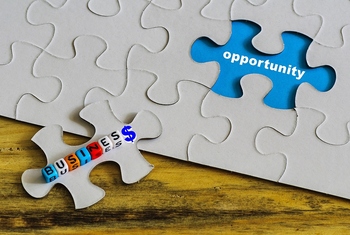 The last decade has seen the number of mergers and acquisitions skyrocket. It’s tough to put a finger on the single reason why this is, but as stated above, this is often how businesses work and this industry is no different. We expect it is  bit of a domino effect, so when one group gets too big the others start thinking they need to muscle up as well.

The sheer volume of players that now access these brands via online and mobile has been one of the main reasons why companies change hands as often as they do. The figures mean that even small improvements to a gambling company’s bottom line can have huge implications for the sale price further down the line.

Ladbrokes and Coral have been two brands that have moved about a lot over the years. Initially with Gala buying out Coral, then Ladbrokes acquiring them to form Ladbrokes-Coral PLC, before GVC came in just a few months after the ink had dried on that deal to create the biggest gambling merger in history at the time, worth around £4 Billion. GVC have now renamed to Entain, although the business remains the same.

Again, we have to come back to consolidating risk and these huge gambling groups wanting to remove as much of the competition as they can to create powerhouses in their own right. A lot of groups won’t mind too much when other rival groups make another acquisition as it takes one less independent bookmaker away from their competition pool.

We also think that it’s fair to say that a lot of the smaller, independent sites will be actively looking to become part of a group. This will reduce their risk and likely make whoever owns the company at the time a lot of money from the sale.

The Future of Gambling Group Mergers 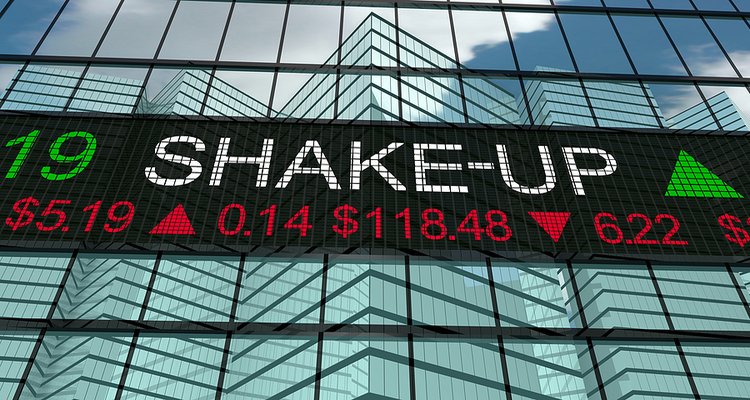 Gambling has always been thought of as a “recession-proof” industry. What we mean by that is even as the economy sees a downturn, the gambling industry rarely does. After the crash of 2008, the industry dropped just 3% in Gross Gambling Yield and then saw positive increases every year following until 2018 where it saw its first “downturn” of just 0.7%.

From an economical perspective, the numbers look pretty solid. However, one thing that no one can predict is the effects of a global pandemic, such as the COVID 19 virus that hit the world in 2020/2021.

There was certainly a downturn of sorts from this pandemic, although it mainly hit share prices and the few brands that run high street shops. Since so much gambling is done online nowadays the reports from many gambling groups were that numbers stayed relatively stable, and recovered from a small blip at the start when all sports were cancelled. How long lasting the damage to the high street will be though is hard to tell.

The merger between Flutter and The Stars Group completed in the midst of the pandemic, as did the sale of William Hill to the American company Caesars Entertainment, highlighting that if the biggest deals in the history of the industry can take place, then anything is possible.

Some of the mergers that have taken place over the last few years have created some massive gambling groups. Below we’ve listed some of the bigger ones and how they came about.

Initially known as the Flutter Stars Group, it is unique not only because of its size but also the fact that the deal was completed mid-pandemic. Granted, wheels had been in motion since as early as October 2019, but it’s still impressive to see that the deal was finalised when it was, and shows the confidence each side had in the other.

The Stars Group had several powerhouses in their stable already. These included Sky Bet and all their gaming platforms, PokerStars and several other, smaller betting and gambling companies dotted all over the world.

Flutter brought to the table two of the biggest sportsbooks in the world, in the form of Betfair and Paddy Power, amongst others. Between the two, not only do they combine a flexible portfolio, but also a global reach when it comes to customer bases, something that few of the other groups can boast.

Another interesting point about the merger is that there hasn’t been any talk of a payoff to one or the other party. As far as we know, the pair have simply merged on equal terms to create the group.

Their position as the biggest gambling group comes from the fact that they are estimated to generate over £4 Billion in revenue throughout 2020, dwarfing most of their competition.

Closely behind Flutter Stars Group is that of Entain, formerly GVC Holdings. They are a company were founded back in 2004, but only started to make their online presence felt in the UK when they managed to complete the acquisition Bwin for a reported £1.1 Billion in 2016. It was an impressive feat given that they went up against stiff opposition in the form of 888 to grab the deal.

It was only a little over a year later when GVC (as they were at the time) took an opportunity to purchase the recent merger between Ladbrokes and Coral in a deal that was reported to be worth up to £4 Billion. By March 2018 the deal had been completed and this meant that the newly formed Ladbrokes Coral Group became part of the biggest gambling group in the world.

Other brands that are a part of Entain’s Group include Sporting Bet, Vista Bet, Party Poker, Party Casino, Foxy Bingo and Foxy Casino.

The Kindred group were formed in 1997 and are now able to boast 11 brands that are all linked within the group. The main product within Kindred is that of Unibet who the group’s flagship brand is.

Included within Kindred are that of Maria Casino, 32 Red and iGame. They also bought Stan James online business before closing it down and sending all their customers to Unibet. Between them, they help create a yearly revenue of around £800 Million, with over 1,400 employees based around the world.

Kindred has recently attempted to move into the US market. They signed a deal with the Hard Rock Hotel and Casino Atlantic City in 2018 to offer sports betting to the New Jersey market. Since then they have also managed to get their sports betting product into the state of Pennsylvania due to their ties with the Mohegan Sun Pocono casino in Wilkes-Barre, Pennsylvania.

888 is one of the few gaming groups that are regarded as more of a household name. This is because they are the only one with their own self-titled gambling products on the market. These include 888Sport, 888Casino, 888Poker, 888Ladies and 888Bingo.

The brand is one that has expanded considerably since they were founded in 1997 and have benefitted from innovations within the online and mobile gambling sectors.

In terms of brands under the group, the majority that doesn’t include the 888 name come in the form of bingo sites. Some of their most popular include Wink Bingo, Posh Bingo, Tasty Bingo and RedBus Bingo. They also have their own proprietary gambling platform and game studio called Dragonfish, who works within the casino and bingo sectors, respectively.

Together the package helps create revenue figures of over $560 Million a year, with 1,350 employees around the world.

Copyright Bet-Get.com - Do Not Copy Without Permission | Please Bet Responsibly